Can I eat medical hemp or oil?

As medical hemp is allowed for some diseases such as childhood epilepsy, and CBD, the active ingredient of hemp, is known to be effective in various diseases, an increasing number of people want to purchase CBD-containing oil. Experts were concerned about misuse, saying that there were many areas where the efficacy of hemp oil was exaggerated.

In Korea, the production, sale, and smoking of hemp are strictly controlled and prohibited by the Narcotics Management Act (Narcotics Management Act). However, in November 2018, hemp, which had been recognized as a narcotic drug, was allowed to be partially used for medical purposes.
Currently, the drug import of CBD (cannabidiol), an active ingredient in hemp, is only handled by the Rare Essential Medicine Center, an affiliated agency of the Ministry of Food and Drug Safety.

Also Read: How to use CBD Oil?

However, whether the related policies are still inadequate, patients who really need medical hemp complain that the price of the drug is too expensive and it is not easy to obtain the drug. In addition, caution is needed as texts and videos that exaggerate are increasing by mixing the effects of hemp seed oil (hemp seed oil) and CBD, which are allowed to be imported as some foods by the Food and Drug Administration. 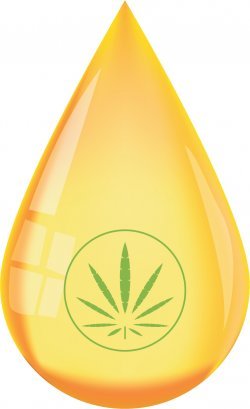 Hemp seed oil should not be confused with CBD drugs

Hemp contains 104 natural compounds called’cannabinoids’. Among them, THC (tetrahydrocannabinol) causes hallucinations, whereas CBD does not have hallucinogenic substances and is known to be effective in treating rare and intractable diseases.

Indications for CBD include epilepsy, multiple sclerosis in adults, and Parkinson’s disease. Long-term use of this drug may cause drowsiness, loss of appetite, diarrhea, fatigue, anxiety, lethargy, and sleep problems. There are four types of hemp-based drugs approved by the Ministry of Food and Drug Safety to date: Epidiolex containing CBD, and Sativex containing CBD and THC, a hallucinogenic ingredient.

In addition to medicines, various CBD drugs are pouring out in the United States, Canada, and some European countries where hemp is already positive. Foods such as CBD jelly, candy, and cookies have been released, and there are also CBD cosmetics. Some people advertise that CBD relieves mild anxiety disorders, stress and depression, and is effective in treating skin problems, arthritis, and cancer. In the end, it is said that if you mix a little THC, the effect will be even greater.

In Korea, THC and CBD are classified as’hemp ingredient’ drugs, and are ingredients that require thorough safety management. Hemp oil distributed in Korea is oil extracted from the seeds of hemp plants excluding THC. Boram Lee, CEO of CBD LAB ASIA Pharmaceuticals, headquartered in Singapore, said, “Hemp oil sold as a food is a vegetable oil such as olive oil and palm oil that we commonly know. CEO Lee said, “When purchasing hemp oil, it is helpful to check the ingredient checklist of the Ministry of Food and Drug Safety.”

Recently, patients and civic groups are raising their voices to expand medical hemp prescriptions for desperate patients. The Korea Rare Essential Medicine Center supplies CBD drugs to patients who have been prescribed doctors. One bottle of Epidiolex 100mL, which can be taken for three months, costs about 1.6 million won. Sativex is well over 3 million won per pack. For children with Lenox Gasto’s syndrome (interstitial encephalopathy) who must take 100 mL per month, it costs a lot of money.

Parents with children with epilepsy said, “In Korea, all products containing CBD other than Epidiolex drugs are illegal,” and said, “Even at an expensive price, you have to buy and eat prescribed drugs.” The Rare Essential Medicines Center has applied for Epidiolex insurance to the Health Insurance Review and Assessment Service. 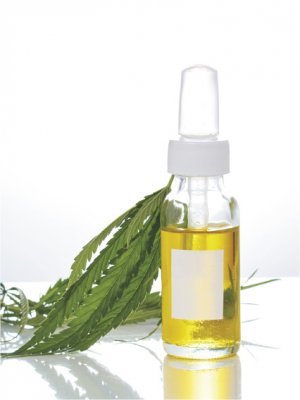 Currently, Seoul National University Hospital and Severance Hospital are the hospitals that most often prescribe medical hemp for childhood epilepsy in Korea. Professor Kang Hoon-cheol of the Department of Pediatric Neurology at Severance Hospital said, “Epidiolex was approved as medical hemp and used for Lenox Gasto’s syndrome and Dravet’s syndrome for about a year. This was reduced by 50%.” Professor Kang said, “However, this is similar to the existing epileptic drugs, which is different from the dramatic effect that is shown in video.”

As hemp oil is imported as food, concerns about side effects such as misuse and illegal distribution are also raised among experts. The Ministry of Food and Drug Safety is granting distribution permission for products that contain THC (less than 10mg/kg), but recently, products that exceeded this standard have been distributed, causing disruptions such as suspension and collection measures.

An official at the National Academy of Medicine of the Republic of Korea, who formed the ‘Addiction Research Special Committee’ and is discussing the risk of addiction to hemp, said, “Even if you remove THC from hemp, it is difficult to completely remove it. In this case, there is a risk of addiction, so be careful.” He said, “In particular, the industry claims that hemp is less addictive and safe, but dependent addiction cannot be ignored.”

In particular, hemp oil products purchased from overseas direct purchase sites are not tested for THC components by the Food and Drug Administration. CEO Lee Bo-ram said, “The standards for THC content are different for each country. There is” he warned.

It has been over a year since the use of medical hemp was allowed, but it is still controversial. In-depth discussion between relevant ministries and industry experts seems to be needed.

Is Yoga are Good for Health ?

Can I eat medical hemp or oil?

How to properly use CBD oil

What to Do When Struggling with Your Health and Wellbeing